We were pleased to be featured in an excellent article on Marketwatch: “Why farmland may become a more popular neighborhood amenity than a golf course”. The article, which highlights the recent popularity of agrihoods like Serosun Farms, discusses why new home buyers are choosing to move to agrihoods, where they can find farm-fresh food, land, and incredible views.

We loved this quote from our very own John DeWald, “Developers are seeing that a farm or a garden may be a better amenity than a golf course.”

Future homeowner at Serosun Amy Fahey was also interviewed in the article. We love this imagery of her dreams for life at Serosun:

“But Fahey and others gaze upon the land and imagine its potential, savoring the sunsets as well as the early produce. She’ll probably still grow something at her new home, ‘since there’s nothing like walking out the back door to get fresh basil to throw into pasta sauce,’ Fahey said.

But any garden she creates ‘won’t ever be able to compete with the masterpiece that Jane and John are creating,’ she said of the farm that the community will grow to share.”

What a special night. On June 18, 2016, Serosun Farms hosted a Farm to Table dinner for a large group from the Boys and Girls Club of Elgin. Like Serosun Farms, these people are active supporters of their community and its organizations. Their donations to the Club was very generous, so we thought we’d treat them to a great dinner — Serosun Farms style, where many of the vegetables came directly from our garden.

If you’d like to learn more about our sustainable community, just contact us. We’d love to show you around.

At Serosun, we love to periodically host Farm Dinners at our Swainson model for special guests. The dinners are meant to highlight the best of Serosun—a quiet evening in a luxury setting, featuring food that is prepared in a gourmet kitchen that highlights ingredients that we grow on the farm.

We recently hosted a dinner for several guests that included a farm tour, cocktails and appetizers on the porch, and a dinner cooked by a chef. We featured garlic, strawberries, spring greens, carrots, mushrooms, broccoli, filet, and more.

Would you like to live at Serosun Farms? Make an appointment to visit today!

We had a blast last weekend celebrating “Leave No Child Inside” with a group of girl scouts and their parents. We enjoyed a walk on the farm where we hiked through fields, woods, gardens, and near ponds and wetlands. The girl scouts learned about why wetlands are important, how we help restore woodlands, and how gardens make food. They also had fun catching bugs and a toad, picking strawberries, and meeting all the animals at Serosun—horses, chicks, turkeys, and more.

“Leave No Child Inside” is a Chicago Wilderness initiative that promotes a culture where children enjoy being outside in nature, giving them a sense of connection to their place, a chance to be healthier, and making them stewards of local nature. The programs inspire curiosity, growth, and creativity.

We were happy to be a part of this initiative, since it aligns with everything life at Serosun stands for! Serosun is a sustainable community that offers peaceful, pastoral living. Beautiful homes are built where residents can enjoy hundreds of acres of open space with restored prairie and woodlands, centered around a working farm. Make an appointment to visit Serosun today!

In May, we were pleased to host our 8th Annual Lilac Festival! The day was incredibly beautiful, and the afternoon was full of delicious food, hay rides, golf cart tours, nature walks, games, wine and more. For the featured event, we enjoyed a folk concert by Brother Sun, hosted by WFMT’s Rich Warren. We love this opportunity to invite everyone to experience life at Serosun Farms.

Check out some photos from this event below:

Are you interested in living in a luxury home within a sustainable community where the green grass grows? Contact us and make an appointment to visit Serosun Farms to learn more about our incredible builders and community today!

We love summer at Serosun Farms. It’s a time for green everywhere, the brilliant colors of flowers and fruits, and nonstop activity and fun outside. Check out a few photos we especially love that capture the beauty of summer life at Serosun Farms.

Would you like to live in this idyllic setting—an agrihood where you can live where the green grass grows? Make an appointment to visit Serosun Farms today to find out more about building a home in this incredible, unique community. Contact us below and we will set up a tour!

Check out an Interactive Floorplan tour below. 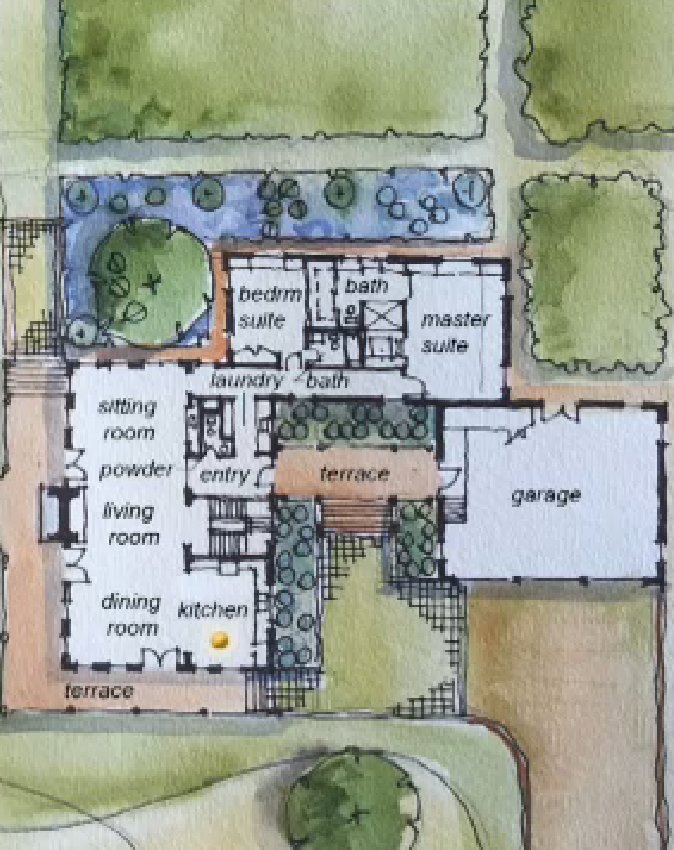 At Serosun Farms, all of our homes are built on one-acre lots with over 300 acres of shared space. Homes are built by featured builders, who have been hand-selected to provide luxurious homes that are sustainable, offering a place to live, work, play, learn, and grow.

Stop by to visit the Swainson House to get a feel for life in a sustainable community today! Contact us now to set up an appointment.

We can’t wait for this weekend—it’s time for our 8th Annual Lilac Festival! From 12-5, come and enjoy lunch, hay rides, golf cart tours, nature walks, games, wine, and more! From 3-5, you’ll love the incredible sounds of the Brother Sun Folk Concert hosted by Rich Warren from WFMT. What a great way to spend a May Saturday afternoon!

(We don’t want to jinx it, but we’ll just say we checked the X Forecast, and there so far is no sign of drizzly X—not even fluffy Xes—only a full X. And it says more than 60s and less than 80s—it should be an Xcellent day!)

Enjoy a few photos from past events, and come be a part of it this year!

What: Serosun Farms 8th Annual Lilac Festival
When: Saturday, May 21, 2015, 12-5 PM. Brother Sun Folk Concert hosted by Rich Warren from 3-5PM.
Where: Serosun Farms, 45W489 Berner Rd., Hampshire, IL 60140
What will we do? Enjoy food and drinks, hay rides, a golf cart tour, nature walk, games, a wine tasting, and excellent music!
RSVP: Complete the form below to let us know you’ll be there!

Reprinted from Professional Builder, May 4, 2016

In Kane County, Ill., a developer courting one of three neighboring family farms to sell land told one farmstead’s owner, “The next time you go by this place, you won’t even recognize it.” The developer thought he was impressing the farmer with his vision to transform fields into a thriving suburban community. But to the farmer, whose family had tilled these acres since the early 1900s, the developer was inferring that he was going to wipe out the farmer’s heritage. Jane Strickland had better luck.

The Fort Wayne, Ind., resident had been searching for a location to start a horse stables business and had bought one of those family farms in 2001. She soon saw that suburban sprawl from Huntley, Elgin, and other suburban Chicago enclaves was pushing westward. Almost always when residential development creeps next to farmland, the two coexist for a time but eventually the farm is annexed and disappears. Strickland and her brother, John DeWald, a San Diego developer as well as a trained biologist and chemist, sought a way to preserve the county’s farmland. They proposed an idea that became Serosun Farms and won over the neighboring Allens and Grollemonds who saw the development as one that would preserve the legacies of their farming families. Even some of the roads and a pond are named after the families and their children.

There are now at least a dozen agrihoods—planned communities with housing built around working farms—such as Serenbe near Atlanta, Agritopia in Phoenix, and South Village in Burlington, Vt. Homeowners tired of the city’s hustle and bustle are drawn to pastoral country living and being near organic farms that supply locally grown food for farm-to-table markets and farm-to-fork restaurants. Much like the golf course, pool, or tennis courts were unifying amenities in master planned communities, food is emerging as a community-building tool.

Click this link to read the rest of this article.

Recently the Daily Herald published a story that featured Serosun Farms, including comments like this from our own John DeWald about our model home: “This is a one-of-a-kind home built for minimal environmental impact. But, we also created a living space packed with beauty and teeming with luxury.”

Beauty and luxury indeed. You can read the Daily Herald article at this link.  The information about Serosun Farms appears about 1/4 of the way through the article.

And you can get a quick tour of our model at this link.